25 random things about this writer

How well do you really know your writer? Here is a sneak peak into David Leonhardt’s secret vault.

If that introduction sounds overly dramatic, that’s all in character. I have never been accused of lacking passion when I write. If you have been following my writing, that is one thing you already know about me.

This blog post is about 25 things you probably do NOT already know about me. So I won’t talk about Doctor Who or the cats that hang around outside our door (and their eight spanking-new kittens!) or our singing and dancing daughters, or anything else I’ve regularly revealed in this blog or on social media.

Meet the kittens! The mother cat is the same one I wrote about in http://t.co/dZUDeLFkfH #happyending pic.twitter.com/GhV6EgBzxj

This is not usually the sort of blog post I write – “Tag! You’re it!” Michael Todd called me the other day from his home beneath “The Crow’s Nest” in Tokyo about the need for people in our networks to get to know us better. So when he posted his 25 random things, I had to be the first to rise to his challenge.

So without further ado, here are 25 things you probably don’t know about me.

1. My biggest dislike is waste. Yes, I’ll eat the whole strawberry, leaving nothing but the leaves. I hate throwing things out. I scrape the bottoms of jars. I shake the shampoo bottle in case I can get just one more usage out of it (again, for the fourth time).

I hate waste. I shake the shampoo bottle to get one more usage out of it (again, for the 4th time).

2. When I was young, I got my dream job. I made an A list and a B list. There were just two jobs on my A list, and one of the two opened up within a couple weeks. I applied, I interviewed, and I was crossed off the list. But they didn’t tell me that I was crossed off the list, so I followed up the interview…and landed a second interview! And, of course, I got the job. I really should write about that someday.

3. I have been off the continent only three times, all in Europe. Once was for my honeymoon, and twice were to travel back to Hungary with my mom. I visited 9 countries…technically. Do we count both visits to Germany? One was an hour in Frankfurt airport, and the other time we drove through a corner of the country, only realizing we had been in Germany when we saw the “Please Come Again” sign. This photo is of Chantal and me in Lietcheenstein. 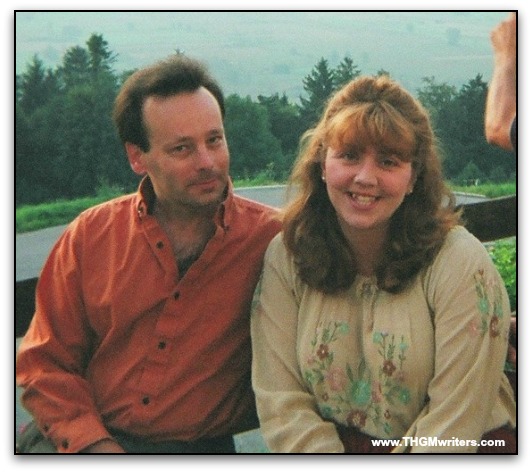 4. I am half Hungarian. Or did you figure that one out already? A big shout-out to any Hungarians reading this. Feel free to shout back in the comments.

5. My favorite classes in high school were art and drama, but I also enjoyed math, history and geography a lot.

6. Upon entering university as an arts student, I stubbornly signed up for a couple math classes. Unbeknownst to me, these classes were being used to cull the engineering and architecture candidates. Never in my life have I worked so hard to get such a low grade. But I passed both classes, which put me in the smiling minority.

7. I have visited all the provincial capitals and one territorial capital in Canada. I found Yellowknife to be the most intriguing, because of the fancy houses for the rich balanced on rocks and stilts, with make-shift shelters for the poor up against the rock right next door, in clear site of the house boats on the bay.

8. When I got a job offer in Toronto, my wife and I (who had been dating for just a few moths) bought a condo because we could not afford to rent an apartment there.

10. I love hiking. It’s the combination of fitness and nature, of amazing views and challenging climbs, and of getting away from it all without the stress that comes with spending gobs of money. Jerry Levine is my hero. At 82, he became the oldest “46er”. I hope to follow in his footsteps if I can keep healthy enough. My motto is “Hiking at 100”. 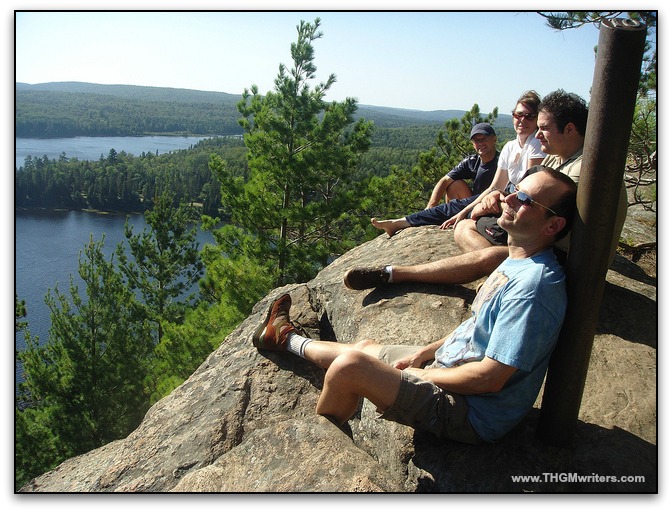 11. My dream vacations are: Hiking from pole to pole (except the cold parts – I don’t like cold), viewing the wildebeest migration, and touring the Holy Land. If only I had a Tardis.

12. I jumped the fence at the drive-in three times to see Grease. I was young. There were drive-ins back then.

13. I am a dual citizen of Canada and the United States. My Dad was born in Iowa and grew up in Chicago. I was born in Montréal. 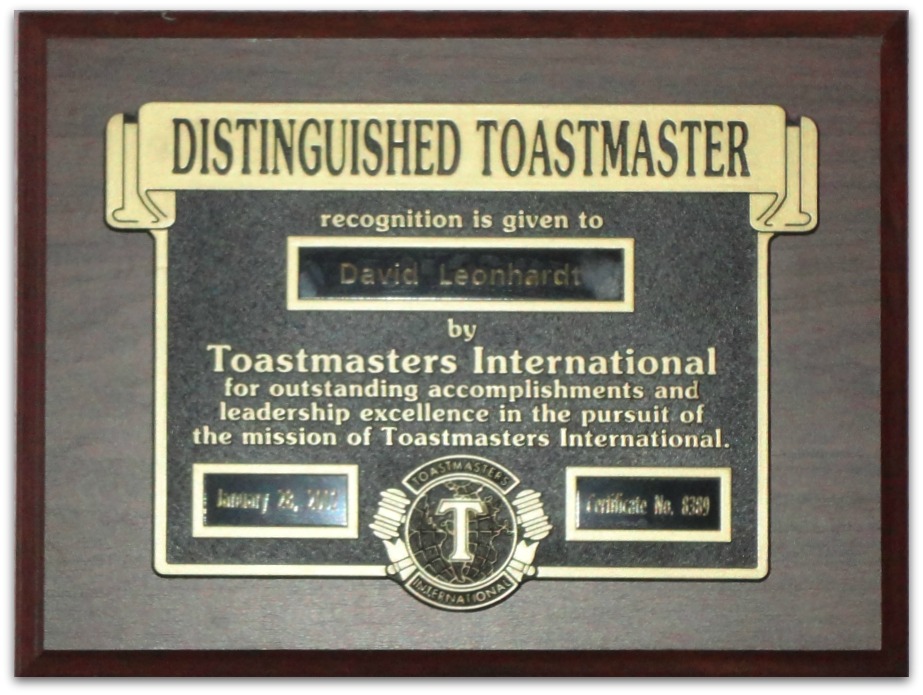 14. I am a DTM (Distinguished Toastmaster). I don’t talk about it often, but the plaque is staring me in the face as I write and I do make a point of mentioning it on my Speechwriter page. If you did not click through to Michael’s 25 things earlier, here is what he has to say on the matter: “I love public speaking and cannot say enough about Toastmasters.It also teaches you to lead which a lot of people do not realise. When I speak I am leading, educating and energetic.”

19. I broke into school as a lad. Yeah, I know – most kids try to break out of school. My friend had thrown a pinball at the school wall, but he missed and it smashed through the little window next to the door. So I followed him in to retrieve it. Shhh. Don’t tell anybody.

I broke into school as a lad. Yeah, I know – most kids try to break out of school.

16. I love animals. I just don’t like sharing my living quarters with them. (Please don’t tell that to our two indoor cats.)

17. I once ran a local campaign in a federal election. I was asked to do so in the last minute. There were no funds in the coffers and nobody was willing to do fundraising. When the dust settled, we had raised the party’s vote percentage from the previous election, incurred no debt and attracted tons of volunteers from other campaigns in the city. I wrote about it on LinkedIn. For the duration of the campaign, I was fueled almost exclusively on day-old donuts.

18. Politically, I consider myself to be a libertarian environmentalist. You figure it out.

15. I paid my way through university as a hospital orderly. Most of my income came during a two-week period at the end of August, when I would work 24 shifts in 14 days, evenings and nights. Can you spell b-u-r-n-o-u-t? I was young; I had boundless energy.

20. The promotional campaign I am most proud of was in my first full-time job, working for my local Member of Parliament. We sent him knocking on doors to address a sensitive constituency issue, took pictures, wrote up press releases (yes, several) and got him top coverage in all the local papers, with exactly the wording we wanted.

21. I left Politics because it became too political. Big “P” politics was fun, but people playing sneaky, backstabbing games is just a waste of one’s life.

I left Politics because it became too political.

23. My favorite animals are giraffes and Malay tapirs. I love tigers, too. And penguins. And wart hogs. And colorful tree frogs. And sea horses. And toucans and capybaras. And pretty much any animal that is not a mosquito. What’s your favorite animal?

24. Blueberries. Definitely blueberries. And bananas, too. And pumpkin. Yum.

25. My secret to happiness? Appreciate everything actively, no matter how small. Don’t hold on to negative feelings. And love. Life isn’t that complicated if what you want most is to be happy.

Are there 25 things that the world doesn’t know about you? Things that would get to know you a little better without landing you in jail or on a medical laboratory slab? Then why not share them with us in your own “25 random things” post? Bonus points if you can build on something I posted, as I built on something Michael posted.

And finally, not quite a secret, but my favorite quote of all time… 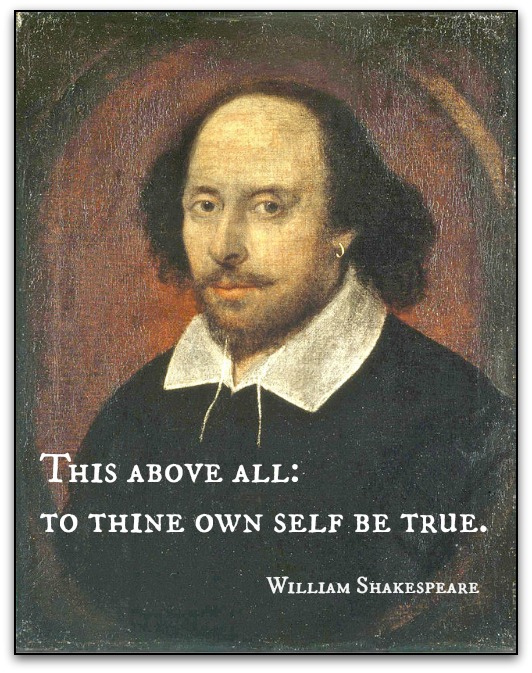