Another client of THGM Writing Services publishes his book. Wisdom Betrayed: David, Bathsheba and the Man Behind the Throne is Don Clifford’s work of biblical enhancement.

The story of David and Bathsheba is one of the better known tales from the Bible. But like all Bible stories, it is told in few words. That leaves so much to the imagination. Or to speculation. Or to deductive reasoning.

That’s what Anne Rice did with her famous Christ the Lord series. And that’s what Don Clifford has done with his book Wisdom Betrayed: David, Bathsheba and the Man Behind the Throne. As he and I struggled with how I should refer to this genre, he said:

“I guess you could call it speculative biblical history but there’s not much speculation. It’s more deductive reasoning.”

Christ the Lord has been called:

But none of those are right. Fiction is a made-up story. And neither Anne nor Don are making up a story. Both are taking a historical story and filling in the blanks with most-likely, best-guess details.

Can I call them “enhanced biblical narratives”?

And so, if you liked Christ the Lord, you will probably like Wisdom Betrayed. 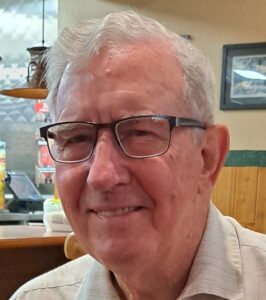 I asked Don why he wrote his book, and he answered simply:

“Wisdom Betrayed is a book that needed to be written. It is surprising that it hasn’t been written before.”

He points out that the story of David and Bathsheba is one of the best known stories in all literature. However, it is written in the fewest words possible in the Book of 2 Samuel, chapters 11 and 12, which have about 1,600 words between them. Their brief encounter is told in just four verses.

By comparison, Don tells the full tale in 90,000 words. He explains:

“The writer leaves the impression that King David didn’t know Bathsheba when he summoned her to his bed. However, information hidden elsewhere in the book and in other relevant passages shows that David probably knew Bathsheba from the day she was born. When we realize that her grandfather was David’s personal advisor and her husband and father were part of his personal bodyguard, it becomes obvious that there was a lot more going on than is revealed by the brief passage in 2nd Samuel.

“That’s what Wisdom Betrayed is about: following the clues to develop the full story of David and Bathsheba, and to explain the following rebellion by David’s son Absalom.”

It’s very exciting for us to help clients reveal new layers of understanding. This book is certainly one that qualifies.

Here’s how the back cover of the book explains what it is all about: 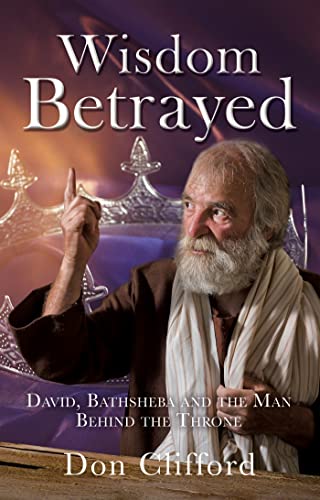 The story of David and Bathsheba is well known throughout the world. It is a story of sin and redemption, of the great fall of a mighty man of God, which had consequences that ultimately changed history. But most do not realize that there’s much more to the story than many are aware of. Few Bible readers realize the hidden truth that David already knew who Bathsheba was before summoning her to his bedroom as his personal advisor and counselor, Ahithophel the Gilonite, was none other than Bathsheba’s beloved grandfather.

Wisdom Betrayed: David, Bathsheba, and the Man Behind the Throne by Don Clifford is a compelling novel which delves behind the scenes into the backstories of the characters at the center of the David and Bathsheba saga. Utilizing biblical accounts and weaving them throughout the narrative, Don expands upon Scripture to get into the hearts and minds of David, Bathsheba, and Ahithophel, along with David’s sons Amnon and Absalom, David’s wife Maacah, and her daughter Tamar, who was assaulted by her half-brother Amnon.

Exploring the animosity between David and Ahithophel after David’s assault of Bathsheba, the book takes readers along for the ride of turbulent events that unfold in this intersection of lives as a result of one man’s choice, events that end in tragedy for some and redemption for others. If you are ready to experience this classic story as never before, this book is for you. Head back in time and witness what can happen when wisdom gets betrayed.

You can pick up your copy of Wisdom Betrayed at Amazon.com or at Amazon.ca.

If you, too, have a book to write or a manuscript to edit, we’ll be happy to help.

Filed Under: Books and publishing Tagged With: client