Christian motivational book against child abuse: No Reason to Believe

Another client of THGM Writing Services publishes. No Reason to Believe is Rodney Timms’ fifth book, a Christian motivational work.

The product of an abusive father and a neglectful mother, Rodney Timms learned that violence was the only way to deal with things. But in time, he failed to cave in to the dark forces of his youth. Instead, he chose to shine a beacon of hope for all who suffer.

No Reason to Believe: The Greatest Mistake Ever Is Giving Up is a beacon of hope. It is a story that will change many people’s lives.

Rodney’s turning point was when he learned that his birth father was not his only father. He found his Father in Heaven, and with faith he never had as a child, he reached out as an adult. 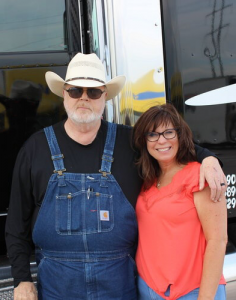 He took his message on the road, literally. A truck driver by profession, he founded All Truckers Together Against Child Abuse (ATTACA). He’s been speaking to groups and reaching out to help people and communities get past the abuse and on to the love.

Rodney is owner of Oklahoma-based Western Flyer Express, a company running 1,000 trucks across the country. That carries some weight in the trucking industry, which Rodney has leveraged to get his message out.

Still, it is not an easy road. Abuse is more common than one would like to think. Here are some of the statistics that Rodney often shares, and these are just in the United States:

These statistics include only the reported cases – many people are too afraid to report what they know.

Part of his campaign to end child abuse, and part of his own healing, is to write both prose and poetry. No Reason to Believe is his fifth book.

Why did Rodney Timms write this book?

“I wrote this book to give people hope. That’s it. My experience was just so bad, including almost getting beaten to death. If I can make it, so should everyone. But it’s not easy. The only way I made it was my acceptance of Jesus Christ. I know no other way.” 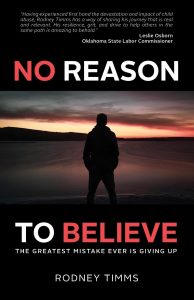 So many of our clients come to us with stories of abuse and tragedy. Often, writing is therapeutic. Putting one’s thoughts into words and publishing is an amazing way to heal. And it can also be an amazing way to help others heal. That’s what No Reason to Believe is all about.

Here’s the blurb you’ll read on the back cover:

As a young boy, Rodney Timms suffered unimaginable trauma at the hands of an abusive father. He was broken by abuse and, because of his suffering, he often lashed out with violence and hatred. But through God’s love and the guidance of “earthly angels” in his life, Rodney was made whole. By the grace of God, he was able to find his voice through poetry, prose, and public service. Rodney’s remarkable journey of hope and healing has now impacted countless lives, and he is sharing this life-changing story in No Reason to Believe: The Greatest Mistake Ever is Giving Up.

You can pick up your copy of No Reason to Believe: The Greatest Mistake Ever Is Giving Up at Amazon.com or at Amazon.ca. 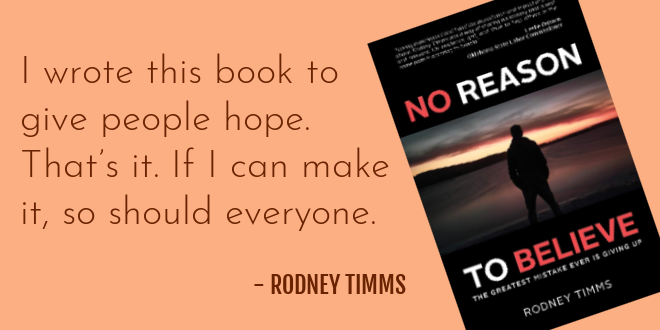