Confessions of a political ghostwriter

Most of what politicians say or write are their own thoughts to a large degree.  But that doesn’t mean they write their own words.

Have you ever wondered how politicians can be everywhere and do everything all at once?  If there is an official opening or a community barbecue, there they are!

When the legislature is in session and there’s a vote or a debate, there they are!

When Committees hold hearings or debate legislation, there they are!

When a local business or community group wants a meeting.  When a constituent has a problem with a government department.  When a national association does the rounds of legislators…there they are!

And yet they respond to dozens or hundreds of letters every day, send out bulletins to their constituents and make speeches.

They can’t be everywhere at the same time, or can they?

I wrote not long ago about who hires a ghostwriter. I mentioned how political speeches are usually ghostwritten.  In fact, it is so much more than that just speeches that politicians have ghostwritten for them, and the process is much more complex than it might at first appear.

I began my career as a political ghostwriter.  To be sure, that was neither my title nor my primary role, but in many ways it turned out to be much of what I did. 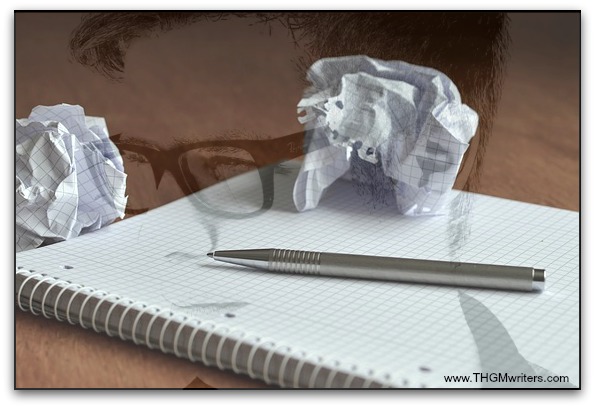 I worked in the office of a Canadian Member of Parliament (MP) for five years.  During my time there, he served as Parliamentary Secretary (sort of like a Cabinet Minister in training) for Employment and Immigration, and then for External Affairs.  Following that, he was Canada’s Minister of State (Multiculturalism), which was a junior position in Cabinet, and then Secretary of State.

I was an MP’s junior assistant straight out of university.  Above me was a senior assistant, below me was clerical help.  And although my work was officially constituency-related, my boss’s Ministerial work and his work for our highly multi-ethnic constituency flowed liberally back and forth across the blurred line between the two.

Life in politics was nothing – absolutely nothing – like the theories they teach at university about political science.

Officially, I had two main functions.  The first was to respond to constituent inquiries.  Those inquiries were varied.  Many had to do with immigration, especially family reunification.  In a highly ethnic constituency like ours, there were many people who wanted to bring over their spouses, their kids, their parents and others from such places as Lebanon, India, the Philippines, Vietnam, Egypt, Poland…all over, really.

Others were seeking grants from the government for businesses, community projects, education, art, and all sorts of other activities. Some people had issues with the mail.  Others had issues with scams.  Still others had issues with passports, pensions, taxes and so many other topics.  And some constituents had petitions to deliver or opinions to express about legislation.

My other function was to report back to constituents about what my boss was doing and what the government was doing.  It was public information and it was marketing – another area of massively blurred lines that I won’t delve into here.

So where does the ghostwriting come into this?  All over, but especially responding to correspondence.  With a huge pile of letters coming in every day, there was no way an MP could read every one, never mind respond to each of them individually.  So I wrote the letters and he signed them.

OK, it was not quite as simple as that.  At first there were plenty of questions to be asked.  The letters had to be answered in the manner he wanted, in the manner he would have answered if he had had the time to personally attend to them.  I could not just wing it. You might say that the responses I wrote had to be genuine fakes.

After a while, we had a system set up.  The backbone of the system was:

How many of these standard letters were there?  I recall there being three, but there might have been more that were used less often.  These standard letters addressed the basic types of letters from constituents, and they could easily be tweaked in a fill-in-the-blanks fashion to most write-in-campaigns and to roughly nine out of ten other letters we received.

My job would be to determine whether a standard letter would do.  If it would, I would customize it by filling in those blanks – such as name, issue, location, etc. – and send it through to be typed up.

I was also responsible for determining if the correspondence required a custom response.  Such was the case if…

In such cases, I would gather whatever information was required and write a custom response…or after consulting the senior assistant, I might actually contact the constituents to better understand how we could help them.

But back to the correspondence and the ghostwriting, my draft was not the end of the process.  The senior assistant would always review the responses, and occasionally he would send them back to me for edits.  Although very few letters needed a second draft, this process ensured that most letters would be ready for signature when the boss saw them.

At this point, he would have three choices:

Those detailed instructions were as varied as the letters.  He might have explained how he knows the constituent and given some background that needed to be incorporated into the letter.

Or he might have wanted me to call the constituent because he felt they had a case he should champion right away (rather than wait for normal channels to run their course).

Or he might have had something specific he wanted to say, and would give me instructions to rewrite the letter. I was a ghostwriter and I knew generally what he wanted.  But I was not a mind-reader, and I could not guess always what he would want to respond.

The Magic of Autopen

When my boss became a Cabinet Minister, I learned a thing or two about how things are done in the big leagues.  I was introduced to autopen. A Minister received exponentially more mail than a backbencher (an ordinary Member of Parliament with no assigned portfolio).

After approving responses written by the bureaucracy, a machine affixes the Minister’s signature.  That is what we call “autopen”. No need to get cramped hands signing tons of letters.  I was privy to this because of the overlap between Ministry affairs and constituency affairs; often a letter deemed to be one at first would eventually be rerouted to the other office for a response.

A Cabinet Minister has a whole team of ghostwriters at his disposal, ready to dispense official government lines for him. That is a whole added dimension of political ghostwriting that I will not delve into here.

Correspondence was not the only item that I ghostwrote.  I wrote speeches for the MP, as did his senior assistant.  Sometimes we co-wrote them.

Unlike letters, which usually went through on the first draft and rarely required a third draft, a speech could go through multiple drafts and multiple writers, often to make sure that both Ministry and constituency aspects were fully addressed.

Although many of the speeches were constituency-related, many were more related to his Ministerial work.  Although there were Ministry staff to help with Ministerial speeches, many of those speeches took place in or near the constituency, and it was important for them to reflect also his local community involvement and account for local political sensitivities.

There is no Standard Speech #1.

He also mailed “householder” bulletins to constituents quarterly.  They were called that because they did not have to be individually addressed; they would be delivered by Canada Post, one to each household in the constituency. Coming up with the topics was a team effort; the writing and design was up to me.  Of course, by the time it came to writing the text, I already had a very good sense of what he wanted to say, so there was rarely a need for revisions.

All this was standard and typical activity for any politician at any level of government.  Without a ghostwriter, no correspondence or speech would ever get written.

Without a #ghostwriter, no political correspondence or speech would ever get written.

There was even a time when I ghostwrote five different articles in two languages for five different newspapers, so that they could each appear to have covered the same event that none of them had attended.  If you want media coverage, sometimes you just have to do it yourself.  This was neither standard nor typical; this was simply me taking ghostwriting to a previously unexplored level.

These days, political ghostwriters have somewhat different duties, responding to email in addition to letters, and also posting to social media, which is a whole new dynamic – ghostwriting live, in real time.

On the whole, being a political ghostwriter is not much different than being a ghostwriter for anybody else.  The same principles apply: