How To Dazzle With Dialogue

Screenplay writer Kristin Johnson offers five key principles of dialogue, with an example of all five from the movie “Steve Jobs”.

On February 9 I had the great fortune to speak to the Desert Screenwriters Group (DSG), a special interest group (SIG) critique group under the umbrella of the Palm Springs Writers Guild (PSWG).

The lovely people of the DSG invited me to speak, since I am a member of the PSWG. DSG heard I was an expert on writing dialogue in screenplays–which is different than writing dialogue in plays or just about any other medium, although the principles of great dialogue apply across mediums. 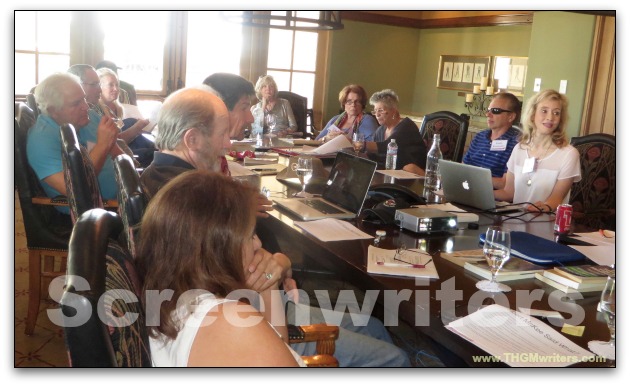 This is not to bill myself as the Dialogue Diva. I did have a review from former Hollywood agent Michele Wallerstein-Weiss on my script for a movie-of-the-week teleplay “Bully.com” that said, among other insights, I did a great job with the dialogue for the tween characters in my script about cyberbullying. However, I mostly drew from classic examples of TV and movie dialogue, with even a bit of fiction in the mix:

I used these examples to illustrate five key principles of dialogue:

Without giving away the entire presentation, I present to you an example of great dialogue and how it fits all five of these aspects.

“My mother may be a troubled woman but what’s your excuse? That’s why I’m not impressed with your story, dad. It’s that you knew and you didn’t do anything about it and that makes you an unconscionable coward. And not for nothin’ but ‘Think’ is a verb making “Different” an adverb. You’re asking people to “Think DifferentLY”. And you can talk about the Bauhaus movement and Braun and simplicity is sophistication and Issey Miyake uniforms and Bob Dylan lyrics all you want, but that thing…” (She points to the iMac.)“…looks like Judy Jetson’s Easy Bake Oven!”

That insult to his work is definitely a child’s way of getting under a parent’s skin. Kids have a way of hitting your weak spots like no one else. That cutting line is the culmination of that angry speech in defense of her mother and taking her dad to task. In this moment he’s not Steve Jobs the genius—he’s Steve Jobs the absent father. But Lisa says it in her own way. Read the script here.

You have subtext in that, even though Lisa is angry at him for being an absent father, she also loves him and wants to get his attention.

There’s no exposition truck, that is, Lisa telling us all about what it was like to grow up without a father and with a “troubled woman” for a mother. We see the dynamic dramatized throughout the movie.

Her anger is not on the nose–she doesn’t say, “I hate you and I’m really angry at you.”

The dialogue reveals Lisa’s character because she is willing to stand up to the great Steve Jobs.

It advances plot because it leads to a clearing of the air between Lisa and Steve Jobs,and he is able to go out and present his latest technological innovation with confidence. 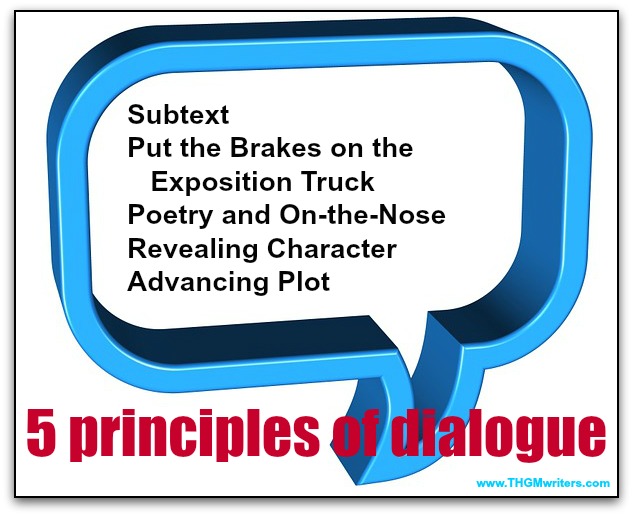 Hat tip to Janeil Austin, chair of the Desert Screenwriters Group and to Frank Furino. Mr. Furino admired the “tight, dynamic subtext”. Frank Furino provided the following insight on the script: “Aaron Sorkin may not have written a factual storyline about the real Steve Jobs, but as pure cinema, it is a powerful piece of drama, and the dialog exchange of the main characters is one of the underpinnings.”

So what are the takeaways here?

May you dazzle with dialogue!