“Please turn off your cell phones. We are going back into the past.”  Let’s take a glimpse of how historical fiction is crafted, by some of today’s finest craftsmen.

Selden replied, “Well, I was a late bloomer. Barnaby’s father was one of my mentors.”

When Selden Edwards, whose first book The Little Book is set in 1897, read Wittgenstein’s Vienna, a “what-if” moment came to him. “If I could time travel to Vienna I could find the child Hitler and kill him.” (In 1897 Adolf Hitler would have been eight years old.) He wrote several drafts of the World War I-inspired book that eventually became The Little Book, got rejected, and read many history books his family bought him and that he bought (Baedeker’s Guide to Northern Germany published in 1897 had all the information about the time period and The White War was his source material). Sigmund Freud became a major character. 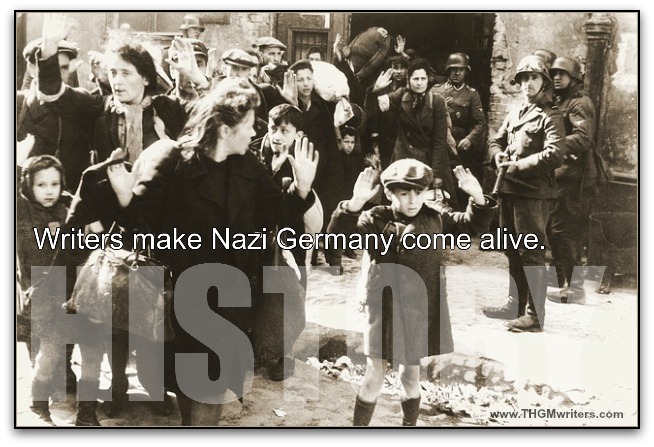 Karin Finell, whose writing directly concerns her girlhood living in Nazi Germany and her impressions of Hitler, said in response to a question from Barnaby Conrad, “I write novelistic nonfiction, I don’t like writing like a journalist.” As a little girl in Germany, leaving her home, she said to her imaginary mermaid playmates, “Goodbye, you mermaids, I hope to see you again”; hence, the title of her memoir.

“The book ends when I come to America in 1952. I boarded a ship in Rotterdam,” she said.

Karin spoke candidly about reminiscences of a grandmother who was a costume designer in Berlin, the Allied air war (“In 1943 the real bombs began”) that torched her childhood home (poignant line: “The smoke was around us like gauze.”) She told BCIII, “I didn’t want to write this book, your father told me to.” Even though she was writing from personal experience, years later she had to research Hamburg and Dresden to refresh her memory of details such as what the fashions were like.

Because of painful experiences with her father (a newspaper editor) and her parents’ divorce, Karin as a child idealized Hitler, something unthinkable to modern audiences. “He always wanted to be adored on his birthday,” she recalled. “I loved the Führer. He promised to be the father of all German children.” After a personal glimpse of the man whose name would later be despised by the world, she remembered, “His eyes were the strangest eyes I’ve ever seen. They were blue. In pictures they look brown but they were blue. They were hard like crystal.”

Over the course of the war she had an epiphany and saw through the Nazi propaganda. “I realized everything the Führer had told us was a lie.”

Rebecca Rockwell spoke about an entirely different time period and place: the American West. In her book In the Shadow of Death Alley, she wrote about the youngest brother of the Dalton Gang. “These men and women who lived back then had fascinating lives,” she said. “I wanted to take them out of the history books, and not just the cardboard cutout gunslinger and outlaw.” 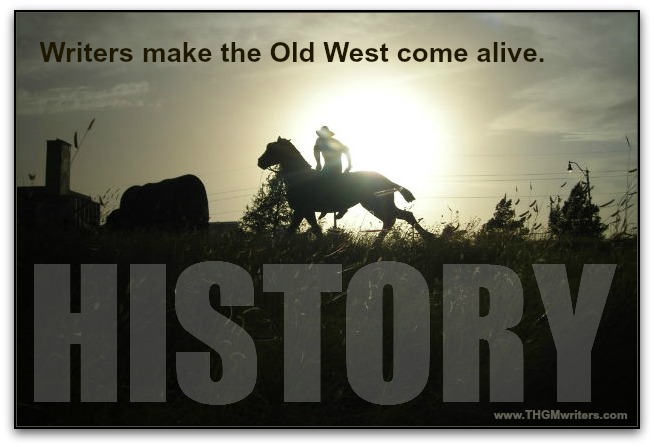 Lawrence Levy, represented by Paul Fedorko (who would speak at “Agent Day” on Monday and also the “Working With an Editor Panel” on Tuesday) has been a TV and film writer for his entire career, but he found himself drawn to writing a novel about Brooklyn in 1888. His inspiration: the feud between Nikola Tesla and Thomas Edison, as well as an actual murder of the period. It was not a well-known case, and so he opted to write a novel instead of a screenplay: “Hollywood doesn’t like to do period pieces unless they’re about something famous.”

Barnaby asked the panelists what their influences were for historical fiction/nonfiction.

Rebecca Rockwell never read the Westerns such as Zane Grey and Louis l’Amour. She is widely read and likes Philippa Gregory.

Selden Edwards mused that “Verisimiltude is the appearance of reality,” talked about his favorite book, Catcher in the Rye, and mentioned he wrote fan letters to all his favorite novelists asking for cover blurbs for his book, including Pat Conroy, who wrote a blurb for his first and second novels. John Irving wrote “a wonderful rejection letter.”

Karin Finell, who auditioned for the Bertolt Brecht Theatre in Germany, cited Brecht and Hermann Hesse as influences. She is researching different novels and revealed the interesting fact that people in 1880s in the wilds of Utah used Britishisms. “All my heroines are mainly women… I never really knew my mother until I wrote Goodbye to the Mermaids. I love writing novels.” She is working on a book set in Navajo country in 1984, featuring the Navajo and Germans. She considered writing a book about the Cathars, Christian dualists of 12th and 13th century France who were massacred. “I can’t write about torture any more so I couldn’t write that book,” she said.

Selden Edwards commented that from his research he imagined magnate J.P. Morgan’s study, and upon seeing a replica of it after writing the novel, he was delighted to discover the study was just how he wrote it. 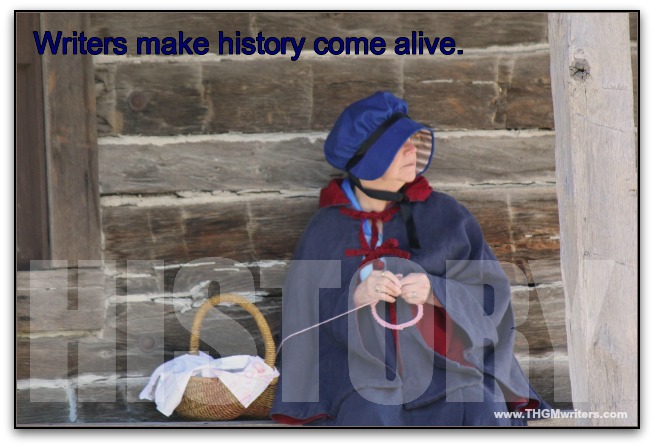 Conference coordinator Grace Rachow asked Rebecca Rockwell what it was like writing in a genre and subject matter often written by men. Rebecca–who doesn’t do more than one draft!–talked about inhabiting the mind of Jesse James’s wife in The Outlaw’s Wife, a book crafted around the timeline of James’s robberies: “This is how a Victorian woman would think…Writing men was much more liberating. I think writing should always be fun.”

The first panel of the conference was stimulating and thought-provoking.