Another client of THGM Writing Services publishes. Magical Mountain is the first in the four-part Kingdom of Treasures series by Asmaa Jamil.

An Iraqi-born American author, Asmaa Jamil set out to retell not one, but two compelling folk tales:

However, Asmaa gives them a fresh and exciting twist.

What began as a screenplay, Magical Mountain is part of the growing wave of fiction advancing strong female leads. In this case, she retells the Cinderella story from the fairy’s perspective. The back cover of the book explains it well: 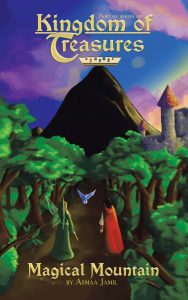 Magical Mountain is the first book in a four-part fantasy series, Kingdom of Treasures. The book retells the story of Cinderella from the fairy’s perspective, giving readers insight into a classic fairytale from a fresh viewpoint. Keeping things interesting, Magical Mountain also borrows plot and character elements from 1001 Arabian Nights (Two Sisters Who Were Jealous of Their Younger Sister). However, the story fosters its own exciting adventure as it focuses on the fairies and the story following the marriage.

In this tale of love, family, and betrayal, readers get a glimpse into what it means to be a true female hero from the fairy and human perspectives. In doing so, Magical Mountain veers from traditional fairytale conventions, in which men typically fulfill the hero role. The women in the story demonstrate what real courage and strength look like. In the end, the female characters prove to the reader that fighting with heart pays off.

Having lived in four different countries and been an entrepreneur, an employee and an executive, Asmaa has plenty of real-world experience. But nothing in the real world can compare to the stories in our minds and the new worlds they conceive.

So many new stories reverberate with echoes from stories that have captivated us in the past. In this case, Asmaa draws on stories that captivated her. Now she recounts them as her imagination has reworked them: 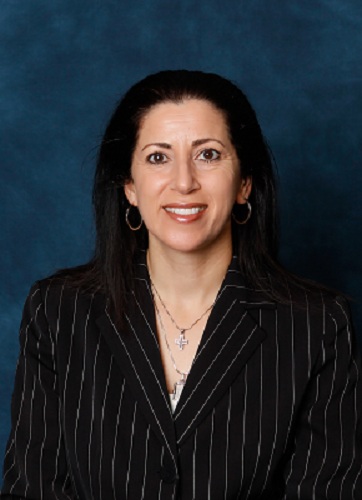 “I was introduced to the 1001 Arabian Stories by one of my professors during my Near Eastern Languages studies and I fell in love with the stories.

Years later, I reread the stories again and again and decided to take ‘the Story of Two Sisters Who Were Jealous of Their Younger Sister’ and give it a new life. This story reminded me of the Cinderella story and yet it had a lot of differences. One of those differences was that it had a young woman who took the lead to find the truth. First I wrote the screenplay and then the book.

Now, I will continue to give a new life to other beautiful stories from 1001 Arabian Nights through the series of Kingdom of Treasures.”

We were very excited to work with Asmaa on this fantasy novel. Her storytelling skills are spellbinding, and we expect her to be a rising-star fiction author of the 2020s.

You can pick up your copy of Magical Mountain at Amazon.com or at Amazon.ca.