My daughter was reading Dorothy Must Die by Danielle Paige out loud while I was driving. It’s a pleasant way to pass some time, and we are both fans of Oz and its various spin-offs.

We were around Chapter 12 when suddenly she stopped to recall a scene from several chapters earlier, where a goth Munchkin by the name of Indigo had been killed by the goons of…oh, dear, I almost threw in a spoiler. In any event, she was lamenting Indigo’s death.

“I really liked her,” she said.

“You know why, right? Because Amy didn’t like her at first, but she grew on Amy.” Amy is the main character, and the story is narrated by her in the first person (that doesn’t count as a spoiler, right?).

“That’s called POV, or point of view. Do you know what that means?” I asked. 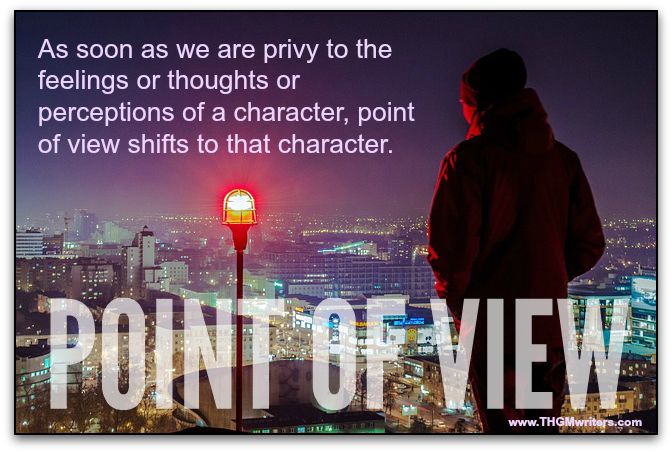 Truth is subject to Point of View

Without POV, there is no story, just a bunch of “facts”. I put “facts” in quotation marks, because there are very few things that are fact, just as there is very little that is “the truth”. Yes, there is a lot of truth, but “the truth” is pretty rare. We can spend our whole lives searching for “the truth”, and many of us convince ourselves that we have found it, but authors know better.

The truth is that the hawk is hungry and needs to eat a meal, and that kitten on the lawn is obviously a tender, juicy meal. Time to go grocery shopping!

The truth is that the open lawn is a dangerous place, where folks are at the mercy of heartless monsters who can swoop out of the sky at a moment’s notice and gobble you up. Better run for cover!

Both of those stories are truth. Neither is “the truth”. Both are stories, and the storyteller controls your mind and your perception of truth through a simple device called point of view.

Storytellers control your perception of truth through a simple device called point of view.

So it is, too, in affairs of state. One country’s freedom fighter is another country’s ruthless scoundrel. And what most people call “patriotism” is nothing more than holding steadfast to a myopic point-of-view, which rulers of all political stripes exploit to control their populations. If there was one thing that actually could bring world peace, it would be for everybody to try seeing things from somebody else’s point of view. But I suppose that would be called “unpatriotic”.

So, too, we find point of view hard at work in the households of our planet. The single greatest cause of divorce is an unmovable point of view. If husbands and wives would truly view their differences through each other’s eyes, they would not get so angry, frustrated or accusatory. Arguments would cease and divorce would be rendered unnecessary.

But world peace and marital bliss are not just around the corner, because it is really hard to change a person’s point of view.

World peace and marital bliss are far off; it’s hard to change a person’s point of view. Or is it?

How to change your story’s point of view

Actually, it’s not all that hard to change the point of view of your story. Let’s suppose that up to this point, we have been following Character A around, and seeing events through his eyes, through his perceptions. He has finally cornered Character B in a tool shed. All at once…

Character B felt panic begin to rise in her throat. She knew she was trapped. She looked around for something to defend herself with. But there was nothing. “This is a tool shed, for crying out loud,” she thought. “Just my luck to get trapped in a tool shed with no tools.” She spun about at the crash behind her. She heard the sound of splintering wood. She knew she had just seconds left…

I’ll give you a moment to consider this question, while we take a short break to play some elevator music.

OK, so that was not quite elevator music, but if you understand Spanish, you might recognize that Volveras is a song about the struggle between two people’s points of view. The first person narrator is telling the second person, the ex-lover, that he’ll change his mind and come back. She is saying that he will change his point of view to align with hers. Point of view is essential to all stories, even in song lyrics.

In the original Wizard of Oz, both in the books and the various Hollywood adaptations, we follow Dorothy’s point of view. In subsequent books in the series, the point of view switches. In Dorothy Must Die, you can probably guess by the title that the point of view has changed somewhat. 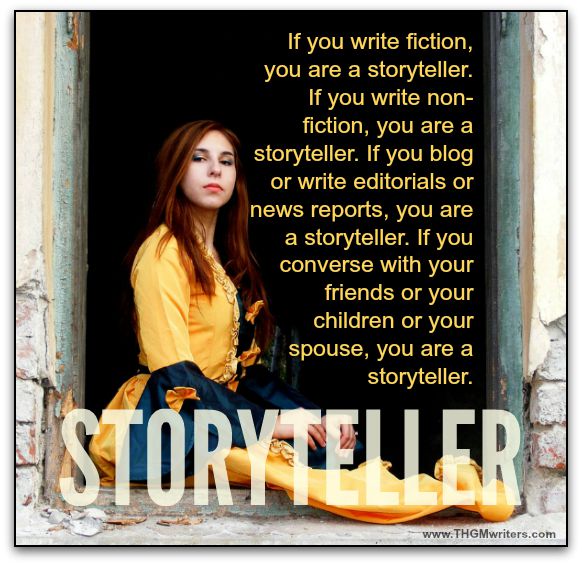 So why won’t we have world peace and marital bliss any time soon? Because storytellers control their own points of view. Because people insist on perceiving things through their own senses and their own thoughts. Because we assume that the story we receive is the only truth, when all it is is point of view. Silly humans!