Another client of THGM Writing Services publishes her book. From Chaos to Contentment by Mary France Banda is a self-help book for people who want to heal the past and move on.

A social worker by profession, Mary Banda had recently survived a crisis point in her own life. Professional motivation and personal interest compelled her to write a self-help book for others who are in a similar situation.

When Mary decided to write her book, she had a very poignant goal in mind: 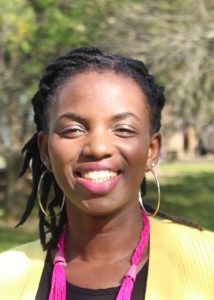 “I am tired of seeing people pass their traumas and brokenness from one generation to the next. I see people moving from one dysfunctional relationship to the next, all because we live in a society that thrives on blaming other people and situations for our problems.”

In fact, Mary’s background might make most of us sheepish to talk about our first-world problems. What is known as “the Rwandan genocide of 1994” was no place for an eight-year-old to find herself. According to the BBC:

“Neighbours killed neighbours and some husbands even killed their Tutsi wives, saying they would be killed if they refused.”

After fleeing from one country to another, her family finally landed in the United States, where her father’s multiple university degrees and advanced age got him nothing better than entry-level jobs. Of course, these burdens are “more than most people could handle”. Which means the burdens were passed on to the whole family.

And like most people, Mary married a man who felt safe and familiar. In other words, he brought similar problems into the marriage that she knew from her home life growing up.

From chaos to writing her self-help book 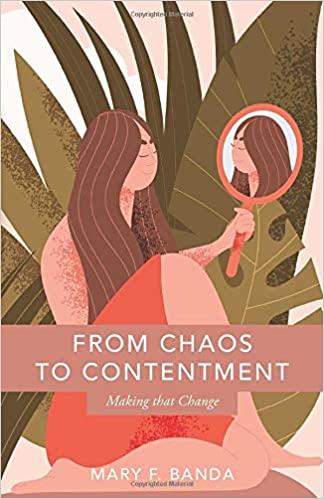 Now living in Pennsylvania, Mary wants to help people break such cycles and choose to move past the pain, past even the healing, to build a successful and contented life.

Mary had all her ideas well-organized when she came to us; she just needed them structured into a format that was as compelling as her concepts and advice. The result is a delightfully frank discussion with useful advice on creating the life you want.

Here’s what you’ll read on the back cover:

For many, the realization that they’re living in a toxic, violent, or dangerous situation is terrifying. But the decision to escape a chaotic past and pursue a more hopeful future can be equally frightening. Stepping into the unknown often gives way to the daunting question: What do I do now?

Author Mary France Banda offers answers to questions that seemingly have no answers in this step-by-step guide to achieving contentment and control in your life. As a survivor of the Rwandan genocide, childhood abuse, sexual assault, and an abusive ten-year marriage, Banda speaks from both personal and professional experience to those who are ready to take the journey of self-improvement that leads to contentment.

If you’re ready to heal from the inside out, Chaos to Contentment can show you how to mend your past while building a new future.

You can pick up your copy of From Chaos to Contentment at Amazon.com or at Amazon.ca. 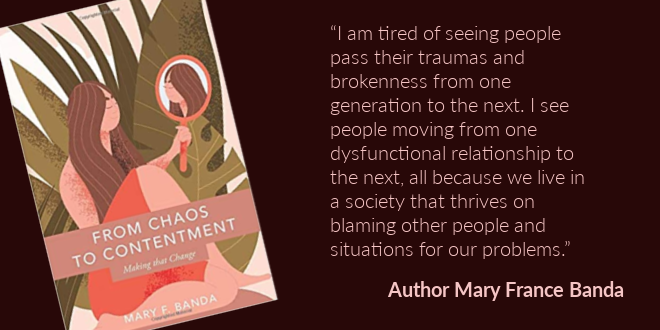