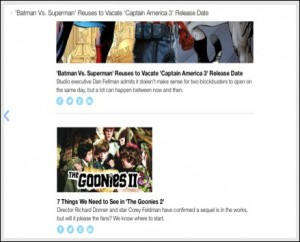 Filed Under: Writing and editing Tagged With: movies, proofreading