Once again I’m packing manuscripts, new business cards and prose in need of medical attention, to go to another writers conference, this time the Southern California Writers Conference. I will reconnect there with Ara Grigorian, subject of our “Story Packing” blog post and winner of the Gold in Sports Fiction at the 2015 Readers Favorite International Book Awards for his breakout success Game of Love (Curiosity Quills Press), who, by the way called the blog post “My favorite writeup on my Story Beats workshop.” He will be teaching that workshop again, as he did at the June Santa Barbara Writers Conference, as well as his “Romance, Bromance and Beyond” workshop, which I will be attending. And he’s a keynote speaker. His Secret Service code name? Nutella.

The rest of the staff are no slouches either. The writers’ shaman, Phantasmic Matthew J. Pallamary, Claudia Whitsitt, Maralys Wills whose Secret Service code name should be “Energizer”, Suzanne Redfearn, Aline Ohanesian, Laura Perkins, queen of marketing Marla Miller who complimented moi on my tweets at #SBWC, director Wes Albers, Executive Director Michael Steven Gregory whom I met and worked with in Palm Springs, …the list goes on. Plus the super agents and editors, and the keynotes: Ara, Aline, Stephanie Diaz, Neal Griffin, Stephanie Kegan. 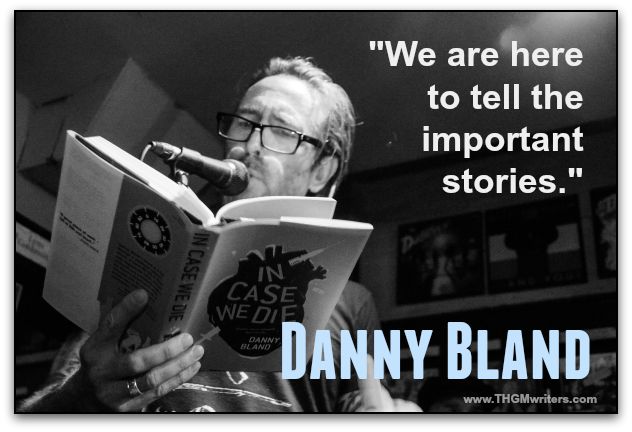 Going to this conference reminded me of all the writeups still languishing on my computer from June. this is a highlight reel…

Clad all in black and hair in a ponytail, Danny Bland was extremely charismatic, edgy, in your face, albeit a tour manager and musician with reading glasses. Fun fact: He wrote and published a haiku a day for a year on Facebook. He proposed a team-up with an illustrator who has unusual Instagram images, and a publisher suggested doing a book.

He then enticed the audience into his history of a band called Cat Butt, and spiraling down into substance abuse that had him stealing from all his friends and hiding from the Seattle Police Department. His father got him to fly to rehab in Arizona, but on the plane there he had an epiphany and he knew he would be sober.

In an aside, he said, “Being an atheist is too spiritual a term for what I am.” He spent twenty-eight days in the rehab raising American flags with a “cholo” guy and meeting a nun and housewives. He knew he was going to write about this in a novel someday.

TRIVIA: Who recorded with both #SteveEarle and the #Ramones? (via @AuthorKJ)

Ninety days clean and sober, he was playing in a band called The Dwarves and riding the tour bus with the Reverend Horton Heat. Out of that tour sprang his calling as a tour manager for the band. As manager, he arranged for the group to record with Steve Earle and open for The Ramones.

He didn’t do a rock memoir. “Let’s face it, every member of the Red Hot Chili Peppers has done a memoir. It’s been done to death.”

His lady love, Amy, who committed suicide after two years on tour together, inspired the novel he wrote in Comfort Inns, Holiday Inns, Motel 6’s and worse while on tour. He wrote every day, eschewing TV and reading in his downtime. The result:

“We are here to tell the important stories. A lot of musicians come up to me and want to talk about getting an agent, and of course getting a book deal, and writing a book proposal. And then I ask where is your book?.”

The musicians don’t have one. Danny Bland‘s philosophy is, “If you’re not going to write your book anyway, then it’s not worth reading.” By the way, he hates ebooks. “I’m going to tell you how I published my book and you’re going to be so mad at me.”

He sent this filthy book about drugs and rock to women, especially a female musician friend, as well as to other musicians. One agent really liked it. “He said I should turn it into Twilight but with junkies instead of vampires.” (Laughter.) That didn’t fly. He did an audiobook with celebrities reading chapters, and he targeted the indie Seattle press Fantagraphics, which published it.

Mystery writer Meg Gardiner spoke of her first novel, a racing romance in which she killed off all the men, and so realized eventually she had more of a gift for crime fiction. In law school she learned to truly write because lawyers have to present a compelling narrative of something that has gone horribly wrong between two parties.

She made the crowd howl with the tale of a spy novel her husband came up with, a story that just kept getting worse and worse. As well, her husband was peeved when Angels and Demons came out before Meg could write his novel about a mystery at the Vatican!

Eventually she finished a novel with “more convolutions than a strand of DNA,” a crime novel in which no one died. She got an agent and learned to listen to her agent when he said scenes didn’t work. “For writers, the most underrated skill is listening.”

After a brutal rejection letter, her agent advised her: “Burn the letter, pour yourself a whiskey and get back to work.” 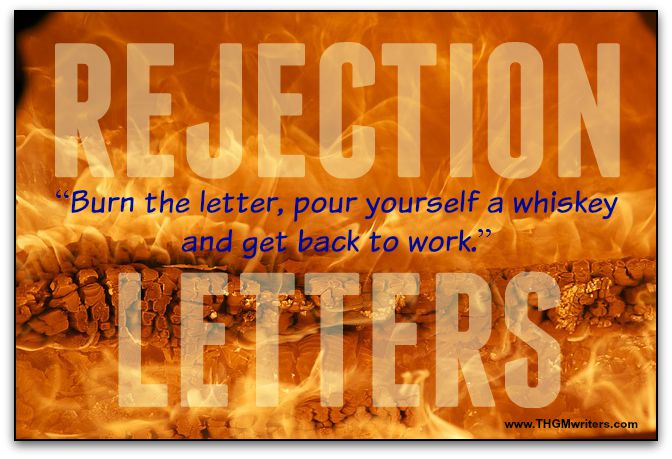 China Lake, starring her heroine Evan Delaney, proved to be the magic talisman; a British publisher bought it within seventy-two hours. The sequel, Mission Canyon, followed.

In serendipity, while she wished for a US publisher, Stephen King read her book on a flight to London and wrote a column urging readers to find her books. Fourteen US publishers lined up at Meg‘s door before Bantam Books bought the US rights.

A British woman in the biz, with a Margaret Thatcher demeanor, advised her on what was missing in her books: “Blood and sex. Tea, dear?”

After the laughter Meg Gardiner told us inspiration is neither necessary nor sufficient but if you sit down and persist, “butt in chair,” craft will carry you.

She gave a nod to advice from Leonard Tourney: create sympathetic characters and put them in jeopardy.

Don’t worry if everything seems overwhelming, she advised the audience. Just keep working at the novel but be ready to pour water on it, set fire to it, take a paddle to it and put it in a drawer. Just take pride in your work and remember if reviewed criticize you at least they read your book. Someone wrote to her, “You’re no James Patterson.” She even got a critic who worked in the federal government and a “Friend of Isaac Newton”. Her hate mail was humorous, especially because of her delivery.

She closed with a word on the publishing industry and advice for us:

“Don’t be afraid and be platform neutral. Give them the story and let them consume it how they want. Don’t rush. You’re not going to miss the ebook Rapture. People will always need stories.”

She praised her parents, who had everyone guess the answer to the riddles Gollum and Bilbo challenge each other with in The Hobbit. Her proud mother and her cousin, Stephen Vessels who is a conference regular, were in the audience.

Funny line: her editor and publisher are fine with what she writes as long as it’s good, not similar to their other books or “the fairy twinkle princesses and the cat.”

For #writers, the most underrated skill is listening. – Meg Gardiner (via @AuthorKJ)

“Never Give Up”: First Book Panel

Ara Grigorian, who advertised his book at the BNP Paribas Open in Indian Wells, advised us all not to give up.

Liz Maccie passed along life changing advice from someone at ABC Family’s Make It or Break It: “Write what’s in your blood.”

Trey Dowell recalled feeling like such a poseur during his first conference four years ago, but he soon began to realize “I was one of you…I persevered and you can too.”

In terms of current writing distractions, they named: “Promotion. A newborn. A puppy. All of these things.”

During the Q&A, someone asked what it means to be published. Ara said that he chose to identify himself as a novelist during jury duty, and that he believes someone is published if people can read and buy their books. Trey added, “Write because you can’t imagine not writing,” not to become rich or famous. Liz told a sweet story about her daughter practicing for her dance recital. “The reward is every day getting to do a gift, what God has given you, getting up every day and putting pen to paper and fingers to keyboard.”

In response to a question about pen names, Ara said:

“I was asked, because I write romance, using a pen name because I’m a guy, and I said who the hell knows what Ara is? It’s a simple name back and forth.”

After a memorable line from Liz Maccie about a script she’s working on and “being covered in breast milk,” Trey commented that his next book is Time Travel Unlimited. 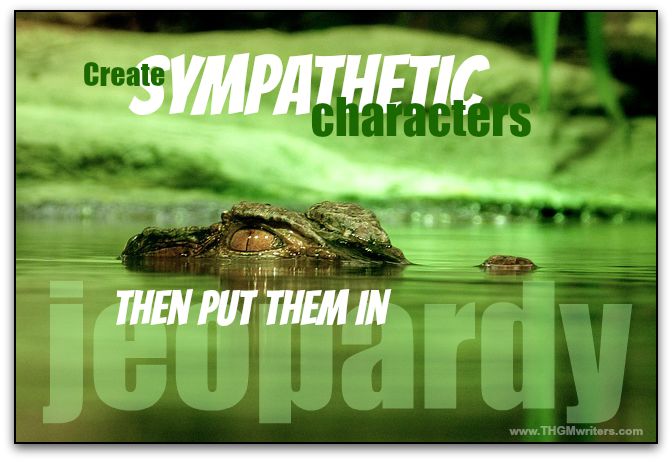 That’s a wrap! And now back to packing. With more insights sure to come my way this weekend, I may have a sequel to this Greatest Hits piece in the works.

My Tweets From the Conference–Retweeted/Favorited Edition

‏@AuthorKJ #SBWC2015 “If your story is young adult or New Adult, Twitter is the place for that.”–Ara Grigorian

@AuthorKJ #SBWC2015 Erin L. Cox, Literary Agent, Rob Weisbach C.M.: “As agents we’re looking for someone who loves your baby as much as you do.”

@AuthorKJ #SBWC2015 Publishing scoop: When an editor moves on to another publishing house, a book is “orphaned”. Author is still under contract tho.

@AuthorKJ #SBWC2015 @carlaking @Wogahn “It’s important for you when you’re building your blog and your newsletter to build in social media.”

@AuthorKJ #SBWC2015 Funny story from Lucas Hunt: in NY he walked into Random House to pitch a poetry book and asked where the poetry floor was.

@AuthorKJ #sbwc15 Meg Gardiner expresses “what’s crawling around in the emotional undergrowth of the culture.” Suzanne Munshower: Embracing the past.

@AuthorKJ #sbwc15 Are women mystery writers different than men? Meg Gardiner: “Yes and no.” Suzanne Munshower: In her noir, “there’s an homme fatale.”


Filed Under: Books and publishing Tagged With: Artists, writers conference